Being in a relationship is hard–especially when they’re Long-term. Some people build their identity around their partner and find it difficult to see the signs that could be a deal-breaker. Not just that, but seeing those waving red flags is even harder when you’re so invested in another human. 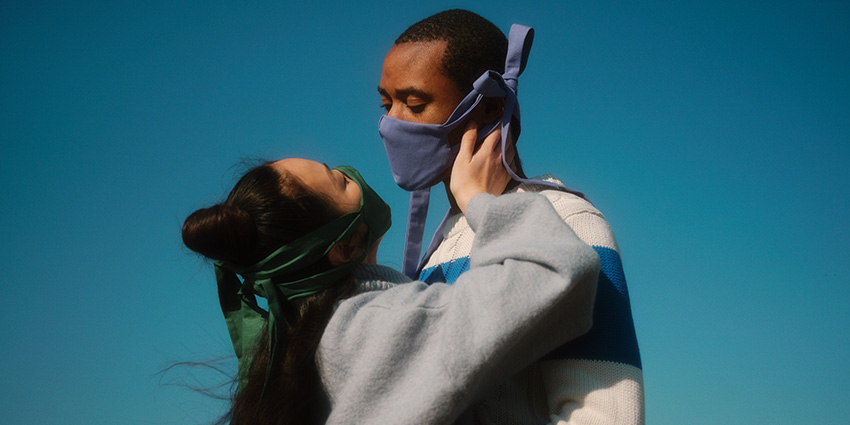 And for new relationships, we’re all well-aware of those stylish yet toxic rose-coloured glasses that make everything appear as if they were sunshine.

The fact that unhealthy behavior has been accepted by society in the past makes it difficult to identify red flags within a relationship. And let’s not mention the level of romanticism we see in Television and movies Concerning emotional abuse

At the end of the day, it’s important to recognise red flags and to become more in-tune with ourselves so that we don’t tolerate behaviour we don’t deserve.

Many people find it easier to stay with someone who isn’t right for them. Fear of being alone They endure and stick around.

This is your chance to regain your power and listen to your instincts! Because if you’re experiencing one or more of these red flags in your relationship, you deserve better!

In a literal sense, a red flag means that there is a reason to stop. Consider what happens when a red signal is raised at a sports game. If a foul is waved, the game is stopped. Take a look at traffic lights. Red also means to stop.

A red flag in a relationship can be used to indicate that a partner is not capable of having a healthy partnership.

There are many red flags that can be detected in relationships. Trusting your instincts and listening to your gut feelings can help you identify different behaviors in your partner.

Here are 7 relationship red flags to look out for, whether you’re in a new partnership or a long term one.

A person’s behavior can reveal a lot about their character. Discuss their exes. It is disrespectful to others when someone continues to criticize their ex-partners or exes. While no relationship is perfect; be aware of how your partner speaks about past relationships.

Do they use the word “crazy” to describe one or more partners? Or do they have a softer tone in which to describe a ‘bad’ relationship, such as saying: “Things didn’t end well, but I wish them all the best”?

Ex-bashing is a big red flag when they continue to talk ill of past partners, and there’s clearly unhealthy lingering feelings of anger and resentment.

Whether it’s plain ol’ narcissism or they’re displaying a lack of interest in what you have to say, one-sided attention means that you’re not getting the attention you deserve.

Things to look out for would be if they continue to interject while you’re speaking, constantly talk only about themselves, and feel anxious when it’s their moment to listen to you.

Also, you could look out for their inability to take responsibility, lack of empathy and ability to control everything.

It’s always nice to hear a compliment. Even during honeymoon, Words of affirmation Adoration and love are often rife. If your partner keeps telling you how perfect you’re, it is likely that you have a red flag.

By doing this, they could either be buttering You up so that you melt, or they’ve created this seemingly flawless image of you in their head–an image that isn’t human (or both!).

This kind of behaviour could mean that they don’t really see you as youThey are fragile and could be ruined by any error.

There are so many ways that someone can manipulate and control another, and many of these ways can be so subtle that they’re hard to recognise.

They may start guilting you when you want to see friends or family, saying something like you’re choosing another over them.

Another form of control is to demand you disable all your computer systems. Social media accounts, or give them all of your passwords so that they can monitor who you’re talking to.

Remember, you have the right to privacy and autonomy 100 percent of the time.

There’s a difference between someone who simply does not want to spill their personal lives on social media and beyond, and someone who actively hides or refuses to make their relationship status public to anyone.

What are they keeping? secret? Well, perhaps You They are the key.

With today’s Technology, it’s easy to let out pieces of personal information. And when a partner doesn’t want you to post photos of you two, tag them, or to list yourself as “in a relationship” with them, it can definitely be considered a relationship red flag.

If they’re especially shady about telling their friends and family about you after dating for some time, be cautious.

Everyone has the ability to be angry. There is a fine line between excessive irritability and violence.

You should be concerned if your partner displays violent tendencies such as hitting other people with destructive force, engaging in physical fights, or showing violence towards animals.

7. A Lack of Friends

If a partner doesn’t have friends, it can be difficult for them to make and maintain relationships. Maintain relationshipsConnect with others. Soon you will realize that these people often lack personal culpability and a sense of drive. This may lead to them being treated the same way towards you.

Not only that, but it’s healthy for partners to have their own friends and social lives apart from each other.

If one partner constantly relies upon you for everything, you might feel miserable, resentment, and even suicidal.

Although there are many more red flags for relationships, it would be impossible to list them all.

Humans are complex beings. The main thing is to listen to your inner voice and to know your worth. You could end up living a miserable life.

Helena is a sex-positive freelance copywriter in her early 30’s from Cape Town, South Africa. She’s travelled and lived in various countries in Asia and Europe for almost a decade, and continues to live her dream — traveling the world independently as a copywriter. Her extensive knowledge of the sexual industry, escort industry and sex-toy marketing is a result of her writing for numerous magazines and companies.