The Science of Attraction

What is your favorite thing about sex? As Daniel Conroy-Beam puts it, “All humans have a psychology of short-term and long-term of mating,” and some researchers in the field of evolutionary psychology study this issue in a variety of creative ways. 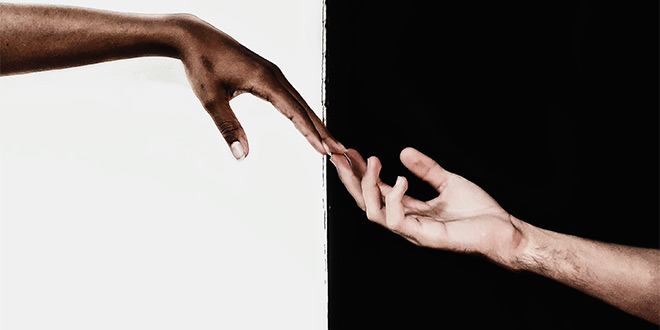 Attraction is a deeply personal issue. Despite some statistical trends, there is no way to know what the future holds. We all have our own attraction profile. Almost everyone values intelligence and kindness. For women, a lower waist-hip ratio is more attractive than height.

Other than that, trends can be difficult to identify, except for vague, subconsciously identified traits like facial symmetry, vocal qualities and resemblances to features found in our heterosexual parents (for heterosexual attraction). It is also possible that scent plays a part, although it is often not in a way we can express. The point is: it’s complicated.

Scientists love to dissect complex issues and attraction researchers have found a number of factors that affect how we rate our attraction. Both men and women are attracted to the following characteristics: intelligence, kindness and dependability. Men are attracted to fertility and youthfulness, while women are more attracted by maturity and higher socioeconomic standing. These weak trends, which are mainly based on research on heterosexual attraction, allow for significant interpersonal variation and result primarily from research into heterosexual attraction. Extrinsic factors like changes in family circumstances, ageing, testosterone levels (both men and women) and even menstrual cycles can also influence attraction.

One simple thing (and it’s easy compared with all the other things!) is how these various factors interact. The testable question of how these different factors are integrated in our minds is a simple one. Do some features have more importance than others? Do you have a weighted ranking system? Do we have “deal-breaker” features that must be present (or absent) regardless of everything else?  Drs. David Buss and Daniel Conroy Beam conducted research to attempt to combine the different components of attraction in a single model. Conroy-Beam & Buss used hundreds of research participants to develop mathematical models that could be applied to the integration of 23 different components of attraction. Each model was then compared with how they explained overall attraction.

It was quite simple. The best mathematical model was that of Euclidean distance, which essentially says that all of the test components of attraction are of roughly equal weight and they “add up” to an overall sense of attraction via a simple multidimensional model. This is simply mathematically but difficult to conceptualize mentally since we can only imagine things with our mind’s eye in three dimensions.

Our brains can perform multidimensional computations, at least in the area of attraction.